An unusually active role for a woman of the period. When her husband was captured, and proved herself an effective general who managed to force their cousin to release him. Under the agreement that settled the civil war, her children did not inherit the throne. She was also Countess of Boulogne in her own right. 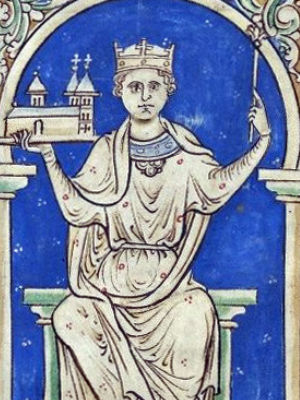